When supplementing with oral nutrients there are 3 unspoken rules that are key to any successful administration.

Bioavailability is the study of point number 2, how a supplement is digested in the GI tract and then absorbed and assimilated by the body. For the majority of nutrients, this process involves digestion and absorption through the small intestine.

In the world of oral NAD+ supplementation, the market is currently dominated by companies selling 4 forms of NAD+: 1-Nicotinamide (Nam), 2-Nicotinamide riboside (NR), 3-Nicotinamide mononucleotide (NMN) and 4-Nicotinamide adenine dinucleotide (NAD+). NAD+ is the key end goal molecule that produces the beneficial biological effects desired in the body. All 4 molecules are related as they represent larger and larger building blocks of the ultimate NAD+ molecule. Nam being the smallest building block, is converted into NMN by the critical enzyme NAMPT (Nicotinamide Phosphoribosyltransferase) with the addition of a phosphate group. NMN is then converted into NAD+ by the enzyme NMNAT (Nicotinamide mononucleotide adenylyltransferase) with the addition of another phosphate group, an additional ribose group and an adenosine group [2]. Intracellular NR can feed into NMN production but taken as an oral supplement still needs to be broken down into Nam.

The benefit of taking an oral NAD+ over Nam, NR, or NMN, is that in addition to the hydrolysis of Nam, oral NAD+ provides 2 phosphate groups, 2 ribose groups and 1 adenosine group. Digestive enzymes in the stomach and small intestine cleave the NAD+ molecule at certain key points in its structure. Each cut leaves a piece of the puzzle available for reassembly later once it has been absorbed by the body. We know from those initial rat studies done in the 80s that the ribose, phosphate and adenosine groups are also preserved and make it across the small intestine enterocyte cells [5]. These additional elements are key building blocks that are needed for reconstituting the final NAD+ molecule once inside the cells of the body.

Newer research on NMN has proven the existence of whole molecule transporters that can bring the larger NAD+ precursors, such as NMN, across the small intestine in tact [6]. Previous studies have shown that the majority of NAD+ and NAD+ precursor molecules are digested by the small intestine and only brought into the body as Nam (as well as ribose, phosphate and adenosine sub groups). This new transporter termed Slc12a8, can bring the whole NMN molecule across the small intestine without breaking it down into Nam first. This new study, published in Nature (January 2019), is the first such study proving the existence of whole molecule transporters in NAD+ metabolism [7]. In the study, investigators found that in aged mice the Slc12a8 transporter was upregulated so that NMN could be absorbed faster and more efficiently. By blocking expression of Slc12a8 also found decreases in systemic levels of NAD+.

It stands to reason that transporters for whole NAD+ also exist since the larger NMN and NAD+ molecules take a lot of energy to rebuild into NAD+ once in the body. The principle of biological optimization points to the concept of biological efficiency that has evolved in organisms over time [8]. Higher order molecules are energetically expensive for the body to reproduce so biological optimization principles would suggest that these critical, higher order compounds, such as NAD+, would be absorbed intact rather than broken down and rebuilt once in the body. The existence of the Slc12a8 proves that fact for NMN, which is only slightly smaller in size than the whole NAD+ molecule.

The fact that many anecdotal reports prove clinical improvement in taking oral NAD+ immediately upon ingestion would suggest, just as in the mice NMN studies, that rapid spikes in NAD+ serum levels would correlate with such a whole molecule intestinal uptake, rather than a delayed breakdown and reassembly in the body. It is only a matter of time and research dollars before novel transport pathways are found for the whole NAD+ molecule.

Newer research into oral NAD+ has also shown it to increase the systemic pool of NAD+ [11]. A 2006 study published in the Journal of Nutrition Science entitled, “Comparison of metabolic fates of nicotinamide, NAD+ and NADH administered orally and intraperitoneally; characterization of oral NADH”, showed that oral supplementation with NAD+ increased excretion of NAD+ metabolites in studied rats, proving that a systemic increase in the NAD+ had occurred [12]. The same study showed that NADH was unable to cross the small intestinal mucosal cells and was likely converted into an unknown intermediary [13].

Another way to prove whether an NAD+ supplement is working as it is claiming it does is through clinical patient experience. Many patients supplementing with oral NAD+ products, such as NADOVIM, have anecdotally reported increases in energy, cognition, and mental acuity. Reports of decreased fatigue, brain fog, memory deficits, ataxia, tremors and other neurological impairments have also been reported by doctors utilizing NADOVIM with their patients. These anecdotal symptom improvement reports would lend further evidence to the fact that oral supplementation with NAD+ does increase the systemically available NAD+ pool and contributes to improvements in cellular metabolism. 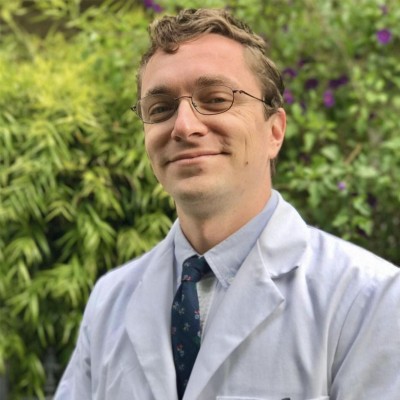 The Art of Focus: How to Reclaim Your Mind in the Modern World
4 replies