Energized distilled water has been referred to as “miracle water,” by many. As a chronically dehydrated nation where cancer and other life-altering conditions are on the rise, there might be a better way to drink up. Find out what this water is, how to make it, and a little about the man behind the machine.

As you are sitting down to read this potentially life-changing article about energized distilled water, there is a good chance that you are currently dehydrated. In fact, 78% of Americans are chronically dehydrated. Many of us have gotten so used to this state that we don’t even think to link the chronic symptoms we are experiencing to the fact that we are just perpetually parched.

Is it possible, though, that something as simple as drinking more water can prevent and even cure some of the most common chronic conditions and diseases?

The simple answer, according to John Ellis, is yes. But there’s more to it than guzzling down more water.

What’s more is that the water that many of us are drinking is actually full of concealed contaminants like lead, mercury, pharmaceuticals, arsenic, nitrate, pesticides, herbicides, and all sorts of illness-causing pathogens. I bet that doesn’t exactly make you want to fill up your cup and have a drink of water right now, does it?

According to John Hopkins University, one in two Americans have a chronic condition.

One in three adults has type II diabetes. Over 64% of Americans are either overweight or obese, and an estimated 46 million individuals have arthritis or experience chronic joint pain. The National Center for Health Statistics reports that there are between 60 and 70 million annual cases of digestive disease.

Not to mention, cancer rates are on the rise, acid reflux is common, headaches are experienced often, and someone has a heart attack every 40 seconds. And let’s not forget about all the highly contagious viruses that are floating around these days. Let’s face it; we all likely have something going on in our bodies that we think is unexplainable or unfixable.

Believe it or not, though, our bodies have an incredible ability to protect and heal themselves. But, in order to do this, our bodies need to be hydrated with the right kind of water.

Related: The Story of GemWater with Anjanette Sinesio

John Ellis: The Man and the Energized Distilled Water Machine

John Ellis is an engineer, inventor, and entrepreneur who was also once recognized as having the best discus throw in the world. He received an engineering degree from Lafayette College, and invented several things for military and industrial purposes, including a measuring device that is still used in airplanes today.

He is also credited with inventing the John Ellis E5 Water Machine.

Now in his ninth decade of life, John Ellis’ water machine has 13 patents, 332 FDA-approved studies, and has improved the lives and health of thousands of people worldwide.

Water from any source can be run through the E5 water machine. The water first goes into a boiling chamber where it is heated until it becomes steam. The steam is then treated with ultraviolet light and heat to destroy all contaminants. That steam is then cooled, and the process repeats itself over a hundred times per gallon.

The actual composition of the water molecules is changed during this process—the angle of hydrogen bond increases. The result is water that is easier to absorb, enhanced with energy, and free of contaminants that aren’t always sufficiently filtered out at water treatment plants, such as other people’s medications.

By rapidly heating and cooling water, the hydrogen bond angle permanently changes from 104° to 114°, which is crucial for effective detoxification. This process also naturally infuses the water with added hydrogen energy.

The basic machine without the air cooler is only four pounds and plugs right into a wall socket. The John Ellis E5 Water Machine is your very own mini water treatment plant!

Related: Tap vs Bottled Water: The Chemicals in Tap Water

Why We Should All Be Drinking Energized Distilled Water

First and foremost, because water is something that you consume every day and ideally in significant volumes, it must be void of harmful pathogens, chemicals, and pharmaceuticals. While the Environmental Protection Agency requires water treatment plants in the US to test for high levels of 90 to 100 different potential contaminants, they do not currently test for any pharmaceuticals, which are floating around in our drinking water.

According to USA Today, in the past decade, 63 million Americans have been exposed to potentially unsafe due to thousands of water quality and monitoring violations from the EPA. A report issued by NRDC stated that “nearly 77 million Americans got drinking water from systems that were in violation of federal regulations in 2015, and more than a third of this number relied on systems that did not comply with standards put in place to protect health.”

So, while you should be able to trust that the water you are getting from our tap is safe, there are a lot of sneaky things swarming around in most of that water that are likely responsible for many of our health conditions, including cancer.

Secondly, the continuous heating and cooling process of the E5 naturally infuses the water with 30 times more hydrogen energy than regular tap water. This additional energy helps support and supercharge this immune system, which is responsible for protecting and healing the body.

Regularly supplying your cells, tissues, muscles, joints, and organs with pure energized distilled water also flushes acid that is trapped in your cells (cancer thrives in an acidic environment) and toxins, viruses, pathogens, disease markers, pharmaceutical residue, and plastic phthalates from your bloodstream.

Water is also essential for brain function, temperature regulation, digestion, saliva flow, tissue, spinal cord, and joint protection, physical performance, blood oxygen circulation, nutrient absorption, metabolism, and energy production. So basically, water is everything to our health! So, it’s vital that the water you are drinking every day is healthy. One way to ensure that is by drinking water that has been distilled from a John Ellis E5 Machine.

If you aren’t sure if you’re ready to invest in your very own E5 Machine, you can order jugs of John Ellis water online to test it out for yourself first.

It is far easier, more affordable, and less time consuming to prevent disease than it is to cure it. Since our bodies are naturally equipped to self-heal, the most significant contribution you can make to your health is to support what your body is already capable of doing.

This includes, but is not limited to, efforts like eating a predominantly plant-based diet, adding supplements to your diet where necessary, staying hydrated with contaminant-free drinking water, regularly exercising, managing stress, consistently getting enough sleep, and spending more time outdoors and balancing screen time

When you supply your body with enough of what it needs, especially pure drinking water, you can expect your body to react in a very positive way. Hundreds of testimonials, medical professionals, and results from scientific studies claim that John Ellis water is responsible for preventing or curing some of the most common ailments that plague us.

But you are the only one who can make the conscious decision and continuous effort to drink to your healthier you!

Have you tried any home water distillers or ionizers? If so, we’d love to know which ones. Your One-Stop Exclusive Guide to Detoxification 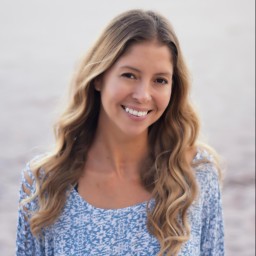 The Role of Energy in Nature and Our Body

The Story of Real Mushrooms with Skye Chilton
Scroll to top