Articles
You are here: Home / Articles / Articles / Brain Health / Pineal Gland Calcification: The Cause & the Consequence

Surprisingly, most people have no idea what the pineal gland does or what it is. You might even be wondering the same as you read this sentence right now. Simply, the pineal gland is a small pea-sized gland that sits near the center of the brain, outside of the blood-brain barrier. It plays a significant role in regulating sleep and is vitally important for the regulation of various hormones.

In modern-day society, pineal gland calcification is becoming a growing problem amongst the general population. And surprisingly, pineal gland calcification can lead to physiological and psycho-spiritual issues, contributing to disease and a lower quality of life. For a gland that not many people know much about, it can cause absolute chaos within the body. But why is this happening? What should you know about the pineal gland, its role in your health, hormonal balance, and even connection to purpose?

Pineal Gland Calcification: Why Does It Happen?

Ultimately, it ends up disrupting a person’s sleep, which can have grave consequences. As a 2017 study published in Nature and Science of Sleep stated, “Sleep plays a vital role in brain function and systemic physiology across many body systems.” Researchers have shown many times that sleep disruptions can have short and long-term negative health effects. It can further impact your mind and the way you think.

Dr. Rev. Christopher Macklin stated that fluoride was even used in concentration camps during World War II to cause people to “act like sheep” and follow orders.

In fact, many experts say that a calcified pineal gland may interfere with a person’s senes of spirituality or connection to something greater, dampening their sense of purpose. Dr. Rev. Christopher Macklin compared it to viewing a high definition T.V. versus an older T.V. When your pineal gland is calcified, you may view the world through an older T.V. – everything may appear slightly blurry and less defined.

Yet, when your pineal gland is functioning as it should, you may be more prone to notice small details: everything from the detail present in individual leaves on a tree to energetic fields and auras around objects.

Further, others have cited what we eat as the cause of pineal calcification, including David Wilcock. David Wilcock elaborated on how what we eat is causing more health problems than we are aware of.

For instance, traditional and modern-day food could potentially be blamed for growing tooth decay. Surprisingly, indigenous peoples and groups from centuries ago had less tooth decay than modern society. Why is this the case? Simply because they were eating healthier foods with higher antioxidant content.

David Wilcock has further stated that what we eat may cause pineal gland calcification and that this condition can lead to Parkinson’s Disease, MS, and other chronic and debilitating health issues.

Ideally, pineal gland calcification should be prevented and measures should be taken to do so. However, prevention isn’t always possible, especially considering that 50% of the world’s water supply contains levels of fluoride and in the U.S., you have a 74% chance that your water has fluoride in it. In that case, there are supplements and methods that can help decalcify the pineal gland, some of which are very similar to preventative approaches.

The following can help prevent and treat pineal gland calcification, as well as improve your health and your overall life.

1. Eliminate certain foods and switch to a healthy diet.

Processed and pre-packaged food items that have become a staple in the Western diet contribute to an array of health problems, including pineal gland calcification. They contain chemicals that are toxic to the human body in a way where they disrupt the natural processes. In turn, the body is more likely to become ill and face various health issues. By eating whole foods, such as grass-fed meat and vegetables that haven’t been sprayed with chemicals or pesticides, you are supporting your body and its normal function, as well as decreasing pineal gland calcification.

Again, this may be difficult for some individuals. Understandably, there may be restricting variables. However, if you can, limit or restrict the amount of fluoride containing water you consume. You can also purchase kits or testing devices to ensure the water you drink or use does not contain high levels of fluoride.

This frequently involves healthy sleep hygiene, such as exposing yourself to the sun first thing in the morning or participating in a relaxing activity right before bed. This can help regulate the pineal gland and cause it to regulate the release of melatonin, an important hormone involved in the sleep-wake cycle.

Other treatments and preventative measures that have been put forth regarding pineal gland calcification include taking fermented skate liver oil daily, visiting a doctor trained in decalcifying the pineal gland through alternative spiritual processes, opening your third eye, reducing stress in your life, and overall leading a healthy and balanced lifestyle.

The Pineal Gland: Beyond The Biochemistry

At Innovative Medicine, we know medicine, including treatment and prevention, isn’t a one-size-fits-all approach. It’s important that we acknowledge this and seek out our individual balance according to how our body and mind feel. Keep learning and keep opening your mind to new approaches. That way, you can truly lead your healthiest and happiest life.

Want to learn more about how to solve your lack of sleep? Check out this article and uncover how you can sleep more and worry less. 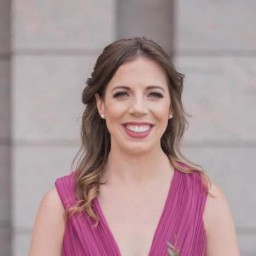 Krista Bugden is a Professional Freelance Writer, with an Honors Bachelor Degree in Human Kinetics from the University of Ottawa. She worked as a Kinesiologist at a health clinic in Ottawa, Canada for many years before pursuing a full-time writing career. She uses her extensive knowledge in health and science to educate others through well-researched and informative articles. Her passions include helping others, traveling, and inspiring each person she meets to get the most out of their life. The Story of Sexuality and Psychedelics with Stacy Berman