Poor brain function has as many names as the Inuit have for snow. Call it brain fog, mental fatigue, burnout, poor cognitive function, or mental clouding. However you call it, if your neurons aren’t firing on all cylinders—despite multiple cups of coffee—then hopefully these herbal supplements, backed by research to support brain health, may help.

Before we dive in, it’s important to note that just because “brain fog” isn’t a medically-recognized condition, it’s a visceral symptomatic reality for millions of people. The effects of having poor concentration can threaten your job security or make basic decisions excruciating. Thus, the severity of brain fog can range from mildly annoying to downright debilitating.

It’s also important to understand that resolving brain fog may require more than herbal supplements. If you have heavy metal accumulation, a chronic infection such as Lyme Disease, Chronic Fatigue Syndrome or other bodily stressors, a holistic approach to boosting brain function is necessary. At Innovative Medicine, we help you discover the root causes and will formulate a unique, individualized plan.

Rather than have to buy several supplements for brain fog, wouldn’t it be great if you could take a brain-boosting ‘multivitamin?’ That is precisely what Nadovim is. A breakthrough in brain health, the non-prescription, clinically-formulated supplement combines Cat’s Claw, (promotes cerebral circulation); magnesium (neurotransmitter balance); bacopa (which you’ll learn more about below) and NAD+, a critical co-enzyme for cellular energy in the brain.

You don’t have to purchase all the individual supplements below to support cognitive function. Even just taking one or two at a time may help…

A “cola” that’s actually good for you. Gotu Kola, aka Brahmi, has been used for thousands of years in Ayurvedic medicine, which is the ancient healing system of India. Considered one of the most powerful brain tonics in Ayurveda, Gotu Kola calms the nervous system while supporting mental clarity, memory and focus, according to the book Asian Medicinal Remedies for Alleviating Aging Effects.

Botanically known as Centella asiatica, gotu kola (GK) also leads to an improvement in mood, including in people with depression, says a study in the Indian Journal of Pharmaceutical Sciences (IJPS). In addition, GK increases levels of active GABA in the brain. GABA is a neurotransmitter (a chemical messenger in the brain) that reduces anxiety, which in turn may contribute to or exacerbate brain fog.

The study in IJPS also shows that GK is effective for older adults who are already showing signs of severe cognitive dysfunction. Researchers believe that GK protects the brain against damage from excess free glutamate, which causes hyperactivity of neurons. (One major contributor to excess free glutamate: processed food).

Moreover, GK may prevent co-factors that are linked to Alzheimer’s Disease.

A research study in Advances in Therapy suggests that Ginkgo Biloba alleviates symptoms associated with cognitive deficits, such as decreased memory performance, lack of concentration, decreased alertness, tinnitus, and dizziness. (Brain fog can affect more than mental performance; it can also interfere with balance.)

Studies show that Ginkgo Biloba is vasoactive, meaning it expands the blood vessels throughout the body, including the brain. Not only that, the herb also scavenges free radicals, making it a potent antioxidant.

“The use of ginkgo extract in … dementia … is based mainly on positive results from good-quality placebo-controlled studies that enrolled approximately 1,200 patients,” and led to a 25% reduction in cognitive decline symptoms, the researchers in Advances in Therapy concluded. However, like all herbs, it won’t work overnight. “Memory, concentration, and alertness were the first symptoms to be relieved [and] a minimum of 4 to 6 weeks were needed before a pronounced effect could be expected, ” the study found.

One of the most legendary herbs in ayurvedic medicine, thanks to hundreds of research studies, turmeric is now an A-list herb in the West. Possessing well-publicized antioxidant and anti-inflammatory effects, turmeric has also been recently touted for its brain-function-boosting potential. The title of a 2021 research review in the journal, Molecules, says it all: “New Promising Therapeutic Avenues of Curcumin in Brain Diseases.”

Turmeric’s positive effects on brain cells are due, in large part, to its main active ingredient, curcumin. Making up approximately 5% of turmeric’s total constituent profile, “curcumin’s molecular structure and its ability to cross the blood-brain barrier provide a promising avenue for neuroprotection,” says the study in Molecules.

Both oxidative stress and inflammation around neurons are major contributors to brain fog. Based on research, “The protective effect of curcumin against neurodegenerative diseases has been proven by in vivo and in vitro studies.”

Like all therapeutic mushrooms, Lion’s Mane is enjoying the proverbial 15 minutes of fame. Whether it’s mushroom tea or coffee or mushroom powder, chances are good that it contains Lion’s Mane.

Used for thousands of years in traditional Chinese medicine (TCM), Lion’s Mane (click this image to see why it’s called Lion’s Mane) supports brain function and mental health. A 2013 study published in the International Journal of Medicinal Mushrooms explains that nerve growth factor (NGF) is essential for the maintenance of neurons in the brain, and Lion’s Mane induces NGF synthesis in nerve cells.

Another famous herb in the Ayurvedic tradition, Bacopa monnieri (BM), like most other herbs, is used traditionally for a wide variety of uses. However, it’s perhaps best known for its reputation as a memory enhancer. This is why the clinicians at Innovative Medicine included it in Nadovim.

Research shows it works by increasing signaling molecules involved in the formation of new synapses (the circuitry in your brain). Based on a randomized, double-blind, placebo-controlled trial published in Frontiers in Aging Neuroscience, Bacopa “may be a viable supplement to enhance long-term potentiation (LTP) and improve cognitive health in older adults”.

Also known as Holy Basil, tulsi, like all other herbs mentioned above is an adaptogenic herb. Adaptogenic herbs play a non-specific role in the body. That means that unlike a blood pressure drug, which has a singular function, adaptogens support overall bodily function in many different ways by normalizing the body’s response to stress.

As far as how it may prevent cognitive decline, research in the Journal of Ayurveda and Integrative Medicine says that tulsi has been shown to:

“…Counter metabolic stress through normalization of blood glucose, blood pressure and lipid levels, and psychological stress through positive effects on memory and cognitive function and through its [anti-anxiety] and anti-depressant properties.”

In addition to natural herbal supplements for brain fog such as the ones above (and others such as Rhodiola Rosea; another adaptogen), there are other natural or synthetic substances that may support brain function. These substances are called nootropics.

“The introduction of natural nootropics in the system will increase the blood circulation to the brain and at the same time … increase energy and oxygen flow to the brain,” explains a study in Evidence Based Complementary and Alternative Medicine.

Interestingly, caffeine is considered a nootropic. But if you have brain fog, perhaps caffeine no longer works for you. Either because it has lost its effectiveness or it has led to a vicious cycle of dependence and insomnia.

Another example of a natural nootropic is citicoline, which has been shown to help increase blood flow to the brain.

Let’s not include any more herbal supplements for brain fog here (we could go on and on, ashwagandha, ginseng, etc.)

The ability to decide which herbs to support your cognition can be challenging. Again, if you’re looking for a multi-substance option for mental clarity, focus, and overall wellness, consider Nadovim.

Just remember that totally overcoming brain fog requires a holistic plan of action. Innovative Medicine practitioners can help you every step of the way. 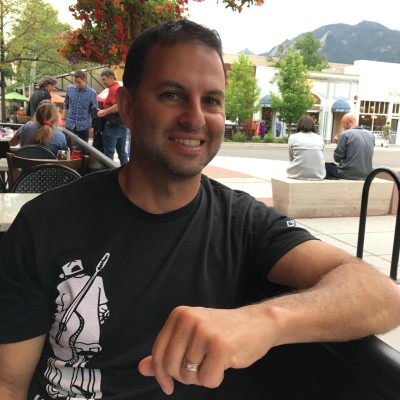 Toxic Household Products That Could Jeopardize Your Health