Why is the Pineal Gland Called the Third Eye? We are physical and spiritual beings. So, it should come as no surprise that physical parts of our body may also have spiritual functions. This case can be made for our pineal gland.

What Is the Pineal Gland?

The pineal gland is a pea-sized gland located between the two halves of the brain behind where you might imagine your third eye to be. In fact, the pineal gland is often referred to as our third eye, both physically and metaphysically. This tiny neuroendocrine organ is responsible for receiving information about light-dark cycles from the environment and utilizing that information to produce and secrete melatonin during the dark period of the day.

The pineal gland doesn’t work alone, though. It relies on photic information from retinal ganglion cells in the retina that convey light-dark information to the suprachiasmatic nuclei (SCN), our rhythm-generating system, that then sends the memo onto the hypothalamus. When light is perceived, the SCN releases gamma-aminobutyric acid that interrupts the pineal gland signal so that melatonin is not synthesized. On the contrary, when a dark period is perceived, the SCN releases glutamate, which allows a signal to be passed to the pineal gland to release melatonin. The retina to SCN to pineal gland connection is sometimes called the photoneuroendrocine system.

A disruption to this system, such as caused by light exposure during ordinarily dark hours, can cause melatonin suppression and circadian rhythm abnormality. Regular disruptions can change the physiology of the human body and support an environment favorable to disease.

What does melatonin do?

As mentioned above, the pineal gland is tasked with producing and secreting melatonin. This neuroendocrine hormone is primarily noted for its role in regulating our sleep cycle. It is sometimes referred to as “the hormone of sleep” or “hormone of darkness.” The release of melatonin, which naturally begins around the onset of darkness and peaks in the middle of the night, helps initiate and maintain a restorative sleep cycle. Artificial light emitted from our devices passes through the retina and can cause a delay in the release of melatonin if used after dark, leading to difficulties falling and staying asleep.

But melatonin does more than just signal to our bodies that its bedtime. Melatonin also helps regulate body temperature, blood pressure, cortisol (stress hormone) levels, immune function, sexual and reproductive functions, menstrual cycles, cardiac function, and moods. Researchers have traced the likely origin (discovered in ancient sharks) of the enzyme needed to produce melatonin to roughly 500 million years ago. There is strong evidence that before melatonin was a time-keeping enzyme, its main function was to remove toxic compounds from the eye and act as a free radical scavenger. Melatonin still provides this service as a broad-spectrum antioxidant.

Why Is the Pineal Gland Called the Third Eye?

The pineal gland has been referred to as a vestigial eye, the mind’s eye, the seat of the soul, Ajna chakra, the doorway for spiritual connection, and the source of our sixth sense. Scientists and philosophers, ancient and modern alike, have acknowledged the pineal gland as our third eye for numerous reasons.

First and foremost, the pineal gland, in conjunction with the retina, suprachiasmatic nuclei, and hypothalamus, operates by perceiving, or “seeing,” dark and light cycles. In cold-blooded vertebrates, the pineal gland is actually photosensitive on its own, but for us, we need the help of photosensitive cells in the retina to activate or block signals to the pineal gland, as discussed above. Regarding our seven chakras, our sixth chakra is located in the center of our head and parallel to our eyebrows and is known as, you guessed, the third eye chakra.

Brief Philosophical and Scientific Origin of the Pineal Gland

The first specific reference to the pineal gland was noted by Herophilus, one of the earliest anatomists and first scientists to systematically dissect a human cadaver. The first descriptions of the pineal gland and its speculative functions were later written about by Galen, a preeminent second-century Greek doctor and philosopher. His way of thinking dominated medical thinking until the seventeenth century. He is credited with naming the gland after its resemblance to the nuts found in the pinecones of the stone pine. Galen believed that the ventricles of the brain (the pineal gland is located on the back portion of the third cerebral ventricle) were filled with “psychic pneuma,” an airy and volatile substance that he described as “the first instrument of the soul.”

In the Middle Ages, the idea that the pineal gland regulated the flow of the spirit, a theory Galen actually rejected, took the forefront. Then came the Renaissance, where Niccoló Massa discovered that brain ventricles are not filled with a vaporous spirit but rather cerebral fluid and could not support the flow of the soul. Following Massa came René Descartes, who became impassioned with the pineal gland and its role, he believed, as the “seat of the soul.”

He thought that the pineal gland was the meeting place of the physical and spiritual worlds and that “the body and spirit not only meet there, but each affects the other, and the repercussions extend in both directions.” Descartes’ views on pineal neurophysiology were widely rejected, though.

As science and medicine continued to advance, all sorts of theories and experiments were conducted to try and get to the bottom of this mysterious organ, including a hypothesis that the pineal gland is really just a vestige of a dorsal third eye. Toward the end of the nineteenth century, Helena Petrovna Blavatsky, the founder of theosophy, concluded that the pineal gland of the modern man is an atrophied vestige of an organ of spiritual vision. Both of these above theories are still relevant today.

The hormone melatonin wasn’t isolated and studied until 1958. It wasn’t until then that the pineal gland’s primary function was revealed, even though there is still a lot we don’t know about this tiny yet remarkable pine nut-shaped organ. But there is more to the pineal gland than just its physiological function; it has great cultural, religious, and spiritual significance too.

The Cultural and Metaphysical Significance of the Third Eye

The pineal gland’s location in the mid-line of the brain makes it the perfect biological comparison to the energetic third eye chakra, or Ajna chakra, as noted in Ayurvedic philosophy. It is the seat of wisdom, intuition, higher states of consciousness, and spiritual and universal connection. The third eye is depicted in Hinduism, Buddhism, and in ancient Egyptian iconology, among other traditions and religions.

Shiva, the Hindu deity of destruction and regeneration, is depicted with a physical third eye, as are other Hindu deities. Also, in Hindu tradition, bindis (red dots) are sometimes worn in the place of the third eye to represent the spiritual connection with the divine. In Buddhism, the third eye represents the spiritual awakening of knowledge and wisdom. Buddha is adorned with this symbol.

In ancient Egypt, the Eye of Horus was an artistic and anatomical masterpiece. The eye comprises six parts, each with its own individual symbolism. Anatomically, each part corresponds to one of the five senses: smell, vision, hearing, taste, and touch plus an additional “sense” of wisdom. The Egyptians revered the Eye of Horus as the “eye of God inside the human mind,” “eye of truth and insight,” or “the all-seeing eye.”

The metaphysical significance of the third eye, while rooted in ancient traditions, is kept very much alive through yoga, meditation, and chakra opening practices, as well as the desire to tap into our deeper selves and unlock our own intuition and connection to the world inside and outside of ourselves.

How to Activate Your Third Eye Naturally

Opening your third eye is a journey to accessing your highest intuition. When our third eye chakra is blocked, we might experience brain fog, lack of purpose, uncertainty, pessimism, and a general distrust in our own intuition. The following practices can help you clear the blockage and tap into your authentic and deeper self.

Intuition, wisdom, and a connection to the universe are not reserved solely for spiritual leaders and deities; it lies within each of us in our mind’s eye of truth. We all have a pineal gland, which means we all have a third eye! Unlike the two eyes on our face, though, our third eye is for seeing inwardly in order to see the truth outwardly. 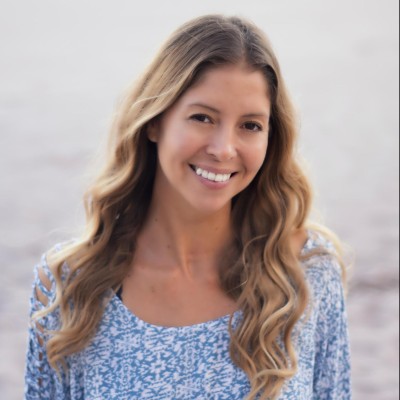 The Healing Power of Sound The Health Benefits of Random Acts of Kindness An Introduction to Biophilic Design For Mental Health & Well-Being